We recently had the opportunity to travel to Costa Rica for Spring break.  It was beautiful. The only thing that wasn’t completely idyllic about it was the driving.  The five hours required to drive the roughly 130 miles to the place we were staying were a descent into chaos.  My boyfriend, who has driven many more places around the globe than I have, rated it among the most harrowing he’s experienced.  The road was narrow and crowded with barely roadworthy trucks and people and dogs walked alongside, crossing frequently. I kept expecting that we were going to run over a dog or a child, but thankfully, we didn’t.

Sustainability is practical, as it always is anywhere in the world.  They compost, because not only does it reduce the volume of waste going to landfills, it also reduces the smell of garbage sitting around, which is a benefit when the humidity is near 100% all the time and organic material breaks down immediately.  Hopefully, you compost. If you do, you’ve no doubt noticed how quickly the material breaks down to nothing, sometimes right on your kitchen counter, if you don’t get it out to the pile fast enough. And you’ve no doubt read how long it takes to break down in an anaerobic setting, such as a landfill covered by old clothes, plastic waste, etc.  So take the organic material out of the garbage, greatly reduce the volume going to the landfill, create rich soil for yourself.

Some of Costa Rican sustainability is fiercely protectionist against foreigners.  However, only foreigners who intend to come and take advantage of their natural resources.  Recreational hunting was banned in 2016, so they can keep their jaguars safe from bounty hunters.  Thirty percent of land is protected by reserve status.  As a tourist, some of the rules can be oppressive.  It’s not possible in most national parks to go for a long hike by yourself.  You must be accompanied by a guide.  No doubt this discourages heavy usage, and contributes to more abundant wildlife.

Recognizing that they needed to control tourism and make sure it developed in a sustainable fashion, the Costa Rican tourist board developed a sustainable tourism certification program. Businesses are awarded leaves for how many aspects of sustainability they embrace.  I noticed that even the Holiday Inn Express near the airport had recycling bins and compost bins and served local food.

Nearly all of their electricity is produced by sustainable means, most of it hydroelectric.  Their stated goal is to be 100% carbon neutral by 2021. In 2016, the 300 Megawatt Reventazon River hydroelectric plant opened, greatly boosting their hydroelectric capacity. 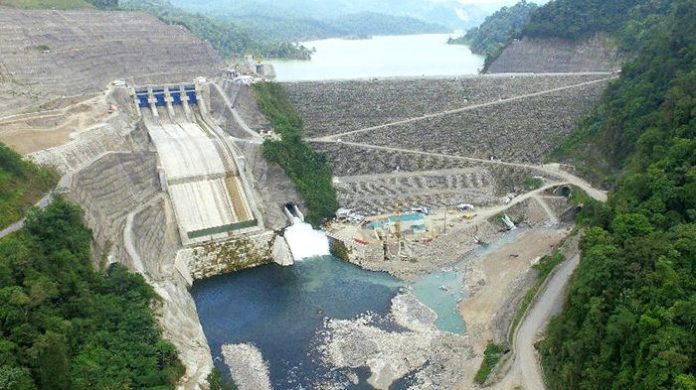 The question I always have when I hear stories like this is, how did it get started?  How did Costa Rica adopt sustainability as a focus early on and have development follow that principle rather than the opposite, or trying to tack it on at the end?  There was an article published in the journal Sustainability in 2018 by Julia A. Flagg on exactly that question. The answer has some complexity to it, and more historical context than you would think, but the following factors seemed to be the contributors:  because of it’s history as a Spanish colony, then independence but continued isolation from the rest of Central America and also, because of coffee growing by small landholders rather than larger ones, the economic growth was driven by many, rather than a wealthy few, which lead to the development of democracy.  After a civil war in 1948, the army was abolished, which was also the result of complex political forces. The result was that more government resources were available for development of public good. These developments set the scene for the deforestation laws in 1969, which was an attempt to stall rapid deforestation as a result of the cattle industry.  The law was multifaceted–establishment of biological reserves, made reforestation tax deductible, wildlife protection, environmental education. This law did not stop deforestation, however, it did set the precedent that government would take the lead in protecting natural resources and it was the first effort of it’s kind in the central American region. The third item which the article cites as a contributing historical factor is the election of Oscar Arias Sanchez in 1986 on a peace platform and his subsequent efforts towards Central American peace and Nobel Prize for these efforts.  This further established Costa Rica as a country willing to take exceptional political action. That’s just what they do in Costa Rica.

Their efforts have been largely successful.  Each decade, the bar has been raised, and while the results are not perfect, they have made continued progress toward carbon neutrality, and toward preservation of their exceptional natural resources.

Julia A Flagg, Carbon Neutral by 2021: the Past and Present of Costa Rica’s Unusual Political Tradition, Sustainability 2018, 10 296